Beatrix gold mine, where 900 miners were trapped. (Image courtesy of Goldfields)

Around 900 miners are trapped underground in the Beatrix gold mine near Welkom, South Africa after power lines were brought down by thunderstorms on 1 February. Around 60 were rescued overnight, and the remaining trapped miners are safe and have food and water. However, the accident has raised issues about the increasingly unsafe working conditions for miners in South Africa, where 10% of the world’s gold is produced. Most concerning is that the number of miners killed rose in 2017, from 73 in 2016 to at least 82. South Africa’s government has been trying to improve safety, but unions have not been satisfied. 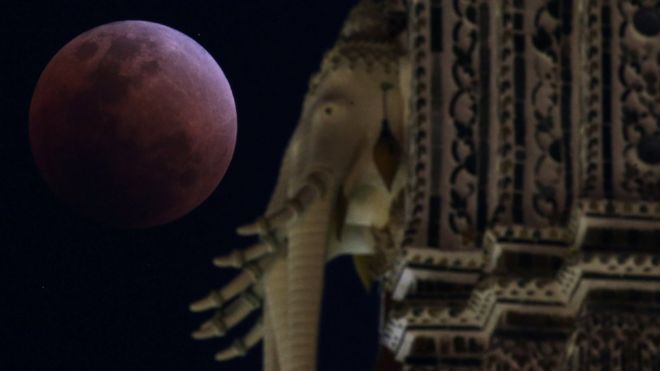 The moon is seen behind a temple in Bangkok. (Image courtesy of Reuters)

On 31 January, a unique combination of a blood moon, blue moon, and super moon combined to create a “super blue blood moon,” which was best visible from the western hemisphere. This is the first time since 1866 that this combination has occurred. A blue moon is the second full moon in a calendar month, a super moon is when the moon is at its closest point to the earth, and a blood moon is the moment during a lunar eclipse when the moon takes a reddish tint. The eclipse itself lasted 75 minutes, and NASA said it allowed scientists to see what happens when the moon’s surface cools quickly. 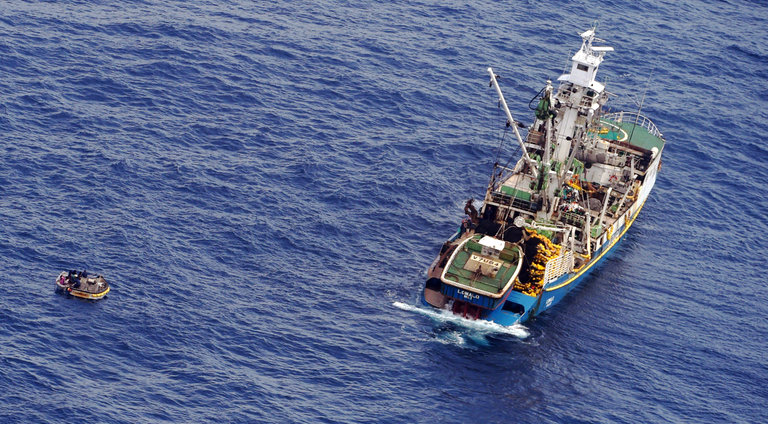 A dinghy was found carrying seven survivors, who were taken to the fishing boat at the right. (Image courtesy of New Zealand Defense Force via Associated Press)

On 2 February, the aerial search for a sunken ferry from Kiribati was ended. The ferry, which was carrying 88 passengers, vanished two days after setting sail on 18 January. Four search planes from the United States, Australia, and New Zealand scoured the ocean. Two days into the search, seven survivors were found in a dinghy. According to them, the ferry had hit an atoll after setting sail. Kiribati’s government said the vessel had been deemed seaworthy but was not allowed to carry passengers after it had sustained damage. The government has promised an inquiry into the matter.

Researchers have found more than 60,000 hidden Maya ruins in Guatemala. 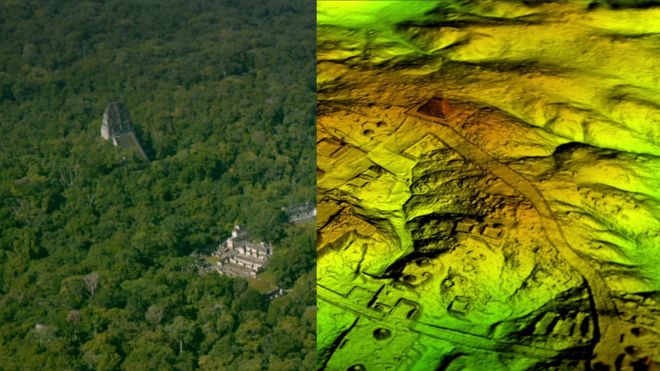 On the right, the Maya ruins are pictured by the Lidar technology. (Image courtesy of Wild Blue Media/Channel 4)

Laser technology was used to survey a 2100 square kilometre area beneath the forest canopy in northern Peten, an area of the jungle of Guatemala. The search exposed houses, palaces, roads, and defensive fortifications, showing the civilization to be much larger and more advanced than perceived – similar to ancient Greece and China. According to archaeologists, the technology will change the way the world views Maya civilization. Lidar, the laser technology used, uses laser light to sample the earth’s surface. The only drawback is it gives a compressed image of several millenniums, making it difficult to distinguish the progression of the civilization. The Lidar survey was the first part of a three-year project led by a Guatemalan organization, and will map much more of Guatemala. The project’s discoveries will be shared in a programme called Lost Cities of the Maya: Revealed.

A World War Two bomb has been defused by Hong Kong police. 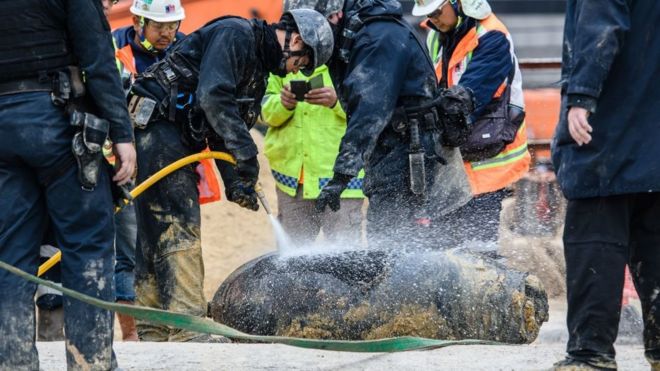 The bomb was defused by Hong Kong police in a 24-hour operation. (Image courtesy of Getty Images)

A 450 kilogram WW2 bomb was found on a construction site in Wan Chai, Hong Kong, causing over 4000 people to be evacuated. The bomb was the second to be found in Hong Kong within a week. It was made by the United States and dropped on Hong Kong, which was occupied by Japan, in WW2. The bomb’s fuse mechanism was “severely damaged” and its position made it hard to reach. Defusing it was made even more difficult by the wet site. The 24-hour defusing operation involved cutting a hole through the bomb’s shell, burning explosive material inside, and lifting it off by crane. The site where the bombs were found this week used to be a harbor where Japanese ships were repaired, making it a target for Allied bombing. More bombs are expected to be found in the area.