The 2018 PyeongChang Winter Olympics officially began on 9 February 2018 in South Korea. Its opening ceremony, named “Peace in Motion,” was held in the PyeongChang Olympic Stadium  from 6:00 am EST to around 8:20 EST. Almost 3000 athletes, the largest number of athletes to ever compete in the Winter Olympics, from 92 nations marched in the Parade of Nations. As the ceremony’s theme was focused on peace, both the North and South Korean athletes marched under a unified Korean flag. Russia could not officially compete in the 2018 Winter Olympics due to its state-sponsored doping scheme in Sochi 2014 and Vancouver 2010. Instead, Russian athletes approved by the International Olympic Committee were allowed to compete under the name OAR (Olympic Athletes from Russia). Canada’s delegation was the second-biggest, with 226 athletes. The Olympic cauldron was lit by the well-loved Yuna Kim, who is considered to be one of the best female figure skaters of all time.

Champion figure skater Yuna Kim was given the honour of lighting the Olympic cauldron. (Image courtesy of NBC) 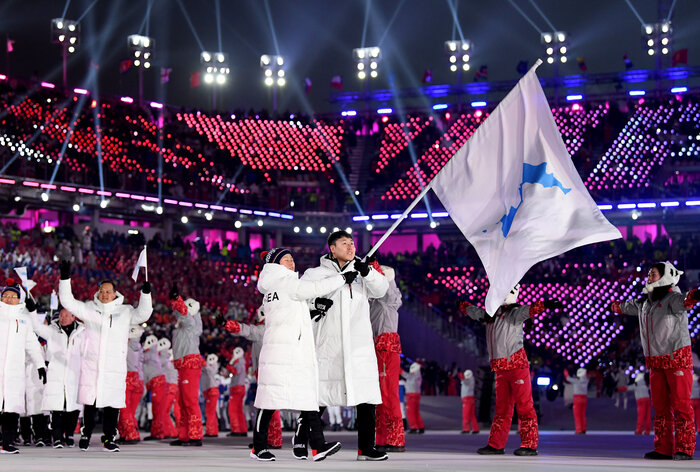 The North and South Korean delegations marched together under a unified flag. (Image courtesy of National Public Radio) 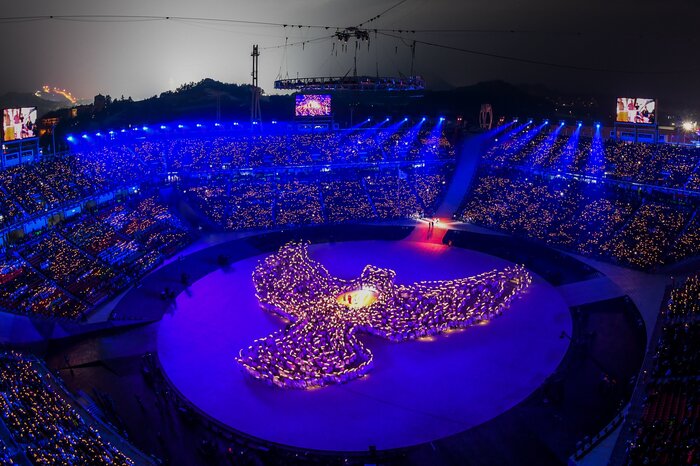 The opening ceremony, named “Peace in Motion,” brought together nearly 3000 athletes from around the world. (Image courtesy of National Public Radio)

The first medals of the 2018 Winter Olympics were awarded in the Women’s 7.5km + 7.5km Skiathlon event, held in the Alpensia Cross-Country Centre. Marit Bjoergen of Norway won the silver medal, making her the most decorated female Winter Olympian of all time with a total of eleven medals. The medalists in the event are the following:

The fifth and sixth sessions of the Curling Mixed Doubles Round Robin were held in the Gangneung Curling Centre. Currently, Canada is in first place, and Norway, Olympic Athletes from Russia, and Switzerland are tied for second place. Both Canada and Olympic Athletes from Russia have qualified for the semi-finals, which are to be held on 12 February. The final two sessions of the round robin will take place on 11 February.

Image: Kaitlyn Lawes and John Morris of Canada played the Olympic Athletes from Russia, winning the game 8 to 2. (Image courtesy of SportsNet) The Women’s Group B Preliminary Round for Ice Hockey took place in the Kwandong Hockey Centre, where Sweden faced Japan and the unified team of Korea (COR) played Switzerland. Sweden and Switzerland emerged victorious. The preliminary round will continue until 15 February, and the quarter finals will be held on 17 February.

Image: Caption: Sweden beat out Japan in the first Ice Hockey game of the 2018 Winter Olympics, with a score of 2 to 1. (Image courtesy of Vox Media)

The Women’s Biathlon 7.5km sprint was held in the Alpensia Biathlon Centre. The medalists of this event are:

The first two runs of Men’s Singles Luge were held in the Olympic Sliding Centre. Currently, Felix Loch (Germany) is in first place, followed by Chris Mazdzer (USA) and Roman Repilov (Olympic Athletes of Russia) in second and third place respectively. Run 3 and 4 will occur on 11 February. 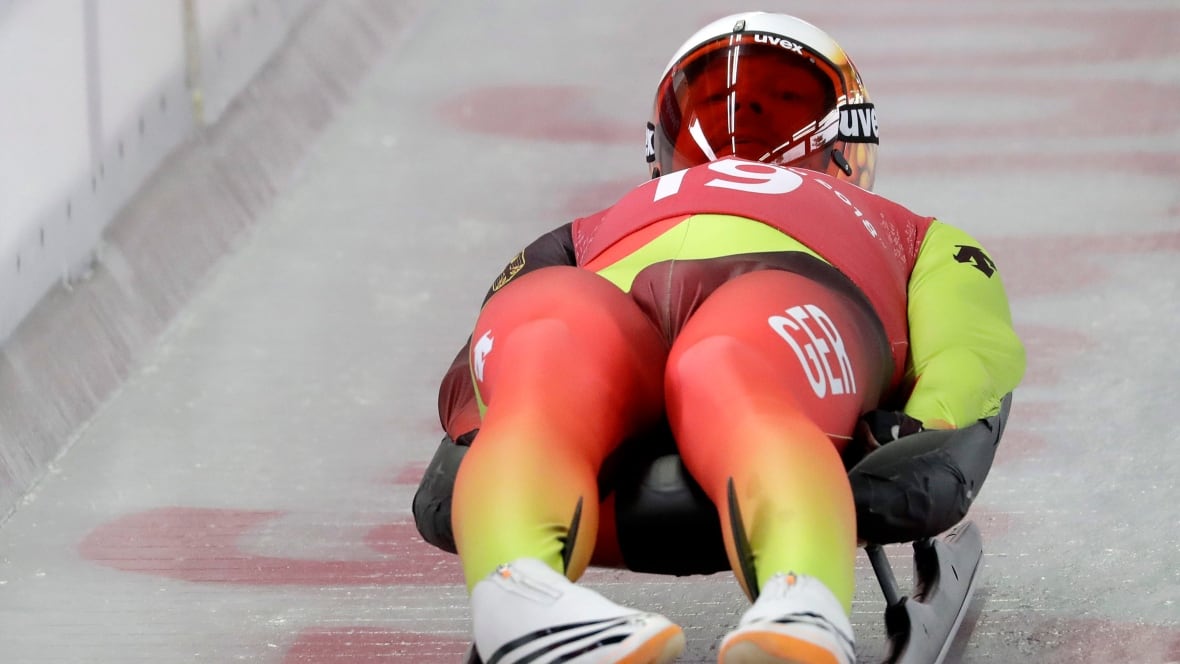 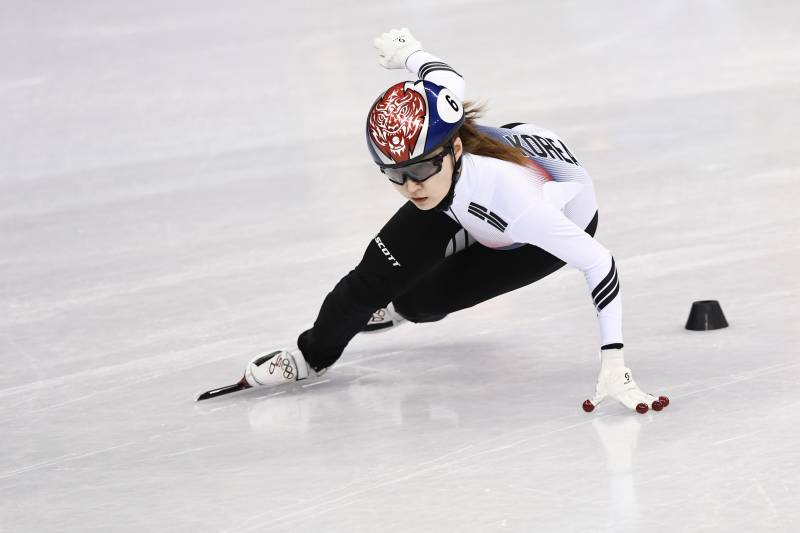 The six heats, semifinals, and finals in Men’s 1500m were all held on 10 February in the Gangneung Ice Arena. Lim Hyojun of South Korea won the host country’s first gold medal after breaking the Olympic Record. This medal is South Korea’s 43rd medal in short track speed skating. The medalists in this event are:

The Women’s 500m in Short Track Speed Skating had a total of eight heats held on 10 February. The top two skaters from each heat qualified for the quarter finals, which will be held on 13 February. Elise Christie (Great Britain) set an Olympic Record in Heat 4 with a time of 42.872 seconds, only to be broken by Choi Minjeong (South Korea) minutes later in Heat 8, with a time of 42.870 seconds.

Image (top): Lim Hyojun celebrates after he sets a new Olympic Record with a time of 2:10.485 minutes. (Image courtesy of Chicago Tribune)

The Women’s 3000m Speed Skating event was held in the Gangeung Oval. Athletes from the Netherlands swept the podium, putting their country at the top of the 2018 medal standings. This follows Netherland’s success in Sochi 2014, where there were four Dutch podium sweeps, in the events of Men’s 5000m, Men’s 500m, Women’s 1500m, and Men’s 10000m. Ireen Wust, the defending gold champion, won the silver medal in this event. The medalists are as follows:

Image: The Netherlands continue to dominate in Speed Skating, winning all three medals in Women’s 3000m. (Image courtesy of TSN) 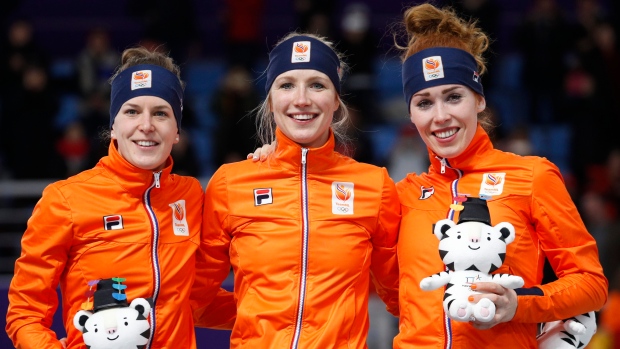 The two heats of the Men’s Slopestyle Qualification Round in Snowboarding were held in Phoenix Park. After two runs, the top six athletes from each heat qualified for the finals, which will be held on 11 February.