Why Did Putin Pull the Trigger? 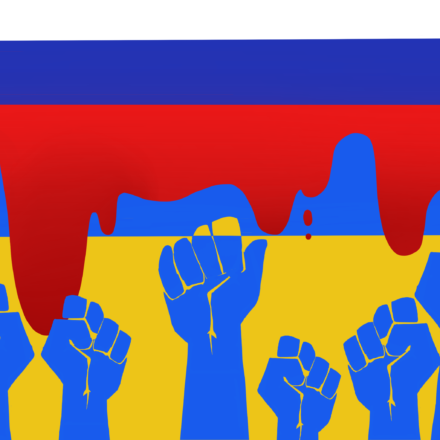 Everyone knows the Russian military has pushed onto Ukrainian soil. But what exactly happened that led up to this point? Could the war have been prevented?

On the 24th of February, 2022, Vladimir Putin ordered Russian troops to invade Ukraine, causing the largest land conflict in Europe since the Second World War. Over 4 million people have fled the country, and over 6 million have been displaced internally, while the UN estimates around 1 700 casualties [1]. Around the country, buildings have been destroyed by bombs, while Russia faces a war crimes investigation by the International Criminal Court [2]. In Ukraine, the government has permitted civilians to bear arms to fight against Russian troops, and able-bodied men are encouraged to stay and fight [3]. Putin’s rationale for the invasion was to “protect people” from “bullying and genocide” and called for the “demilitarization and denazification of Ukraine” [4]. However, these claims have largely been debunked – there isn’t evidence to support Putin’s claims of genocide by the Ukrainian government, while “denazification” is a distorted term used by a leader that has a tendency to call foreign enemies “Nazis”.

The cause behind the February 2022 invasion of Ukraine was fueled by Putin’s foreign policy and specific disdain for the West while dragging Ukraine back into its sphere of influence.

To understand the entire scale of Russia-Ukraine relations, it needs to be traced back to the collapse of the Soviet Union. For hundreds of years, Ukraine and Russia were united as one country, first as the Russian Empire, and then from the 1920s until the 1990s, as the Soviet Union. In 1991, the Soviet Union collapsed into fifteen independent countries, including the current Russian Federation and Ukraine. As President Boris Yeltsin in Russia attempted to build a democracy, Ukraine liberalized and chose to align with the West while distancing itself from Russia. Beginning in the late 1990s, a western military alliance called the North Atlantic Treaty Organization (NATO), began expanding eastwards, closer to Russia’s backyard, despite previously promising to not do so [5]. In 2000, Vladimir Putin succeeded Yeltsin as President of Russia and his agenda began to differ from his predecessor’s [5]. Russia’s path to liberal democracy has taken a step backward–Putin has been suspected of assassinating his critics, suppressing free speech, and changing the constitution to provide him with unlimited power [7]. In 2008, Ukraine started plans to join NATO [8]. As tensions between the West and Russia grew, Russia was aggravated that its sphere of influence was decreasing. In recent years, Russia has expressed strong opposition regarding Ukraine’s joining of NATO [9].

Tensions grew to an all-time high in 2013, when pro-Russian Ukrainian President Viktor Yanukovych chose not to sign an agreement for a stronger partnership with the European Union. Following his decision, a massive wave of protests occurred in western

Ukraine which led to violent clashes with the police. Eventually, Yanukovych fled Ukraine in 2014. Shortly after, the Ukrainian parliament formally voted to remove him from power and arrest him in absentia for the murder of innocent civilians [10]. In February of 2014, not long after Yanukovych was disgraced, Russia annexed Crimea. The annexation was justified by Russia as attempting to better the lives of Crimeans, as Crimea is inhabited by ethnic Russians and was previously under Russian jurisdiction in the imperial and Soviet eras. However, many viewed the issue as a violation of Ukrainian sovereignty [11].

The annexation continued to heighten tensions, and Yanukovych’s pro-Western successors made it clear that they would attempt to join NATO, specifically current President Volodymyr Zelensky [12]. In December of 2021, Russia issued demands for NATO and Ukraine in order to maintain peace in Europe. Russia wanted a ban on Ukraine from joining NATO and a withdrawal of NATO troops from Eastern Europe to their original location in 1997 [13]. The demands were not met and Russia saw this as the most recent act of Western expansion further into Eastern Europe, as it kept the door open for Ukraine to join NATO.

At the beginning of the war, the Kremlin claimed that Ukraine and Russia are one country that should be reunited [14]. It doubled down on the idea that “Ukraine is not a country” [15]. But what is clear is that the Kremlin has chosen to act on Ukraine as it tips more towards NATO, and will do anything to prevent an alliance between the two.

Oriana is a grade 9 student who is trying to live her best life. Since being accepted into The Reckoner, she has ended up as a writer for the News and Editorial boards, as well as an artist for the Life Board. Oriana enjoys drawing, reading or going for a walk/run around the neighbourhood. Oriana can be found procrastinating at work or talking with friends. In her free time, Oriana enjoys going to sleep early, because she strives for 10 hours of sleep.

Buses: How We Can Love Them Again