New Timetabling at MGCI: Now or Next Year?

All the talk about new timetabling at MGCI has stirred a lot of confusion. Soheil Koushan, a member of the working team aimed at finding short-term solutions for the school’s overcrowding, explains the situation.

Marc Garneau Collegiate Institute’s biggest issue is overcrowding. It’s probably the most severe case in the TDSB. Sure, Don Mills is 12% more overcrowded, but there are many factors not considered in this outdated ratio. We are amongst the largest schools in terms of enrollment. We have a lack of facilities, namely gyms and science labs. With one available gymnasium, some students travel to nearby parks for gym class. We also have 12 portables. Point is, we have a real issue with overcrowding and it’s not going away anytime soon.

How do you “fix” overcrowding? Simple, create more space by building extensions to the school. It’s not really that  simple because this would cost something in the ball park of $30 million, and for the ministry, our situation  isn’t necessarily at the top of the agenda. We are however on a list of priorities.

Meanwhile, it is demanded of us, Marc Garneau, to try everything in our abilities to maximize space and reduce the effect. So what can we do?

There’s altering feeder schools, but the problem is that schools nearby, namely Don Mills and East York, are already at capacity or over. In addition, this is a lengthy, political process, which wouldn’t take effect for at least 2 years. There’s also building more schools or moving grades, but that’s even further beyond the realm of possibility. These possibilities should be addressed in the long-run.

Another option, for which there was a huge push for by TOPS students and parents, is moving out the TOPS program. Along with alleviating some of the overcrowding, it would allow for the popular program to accommodate more students. Nevertheless, at least for now, TOPS is here to stay.

Then there’s timetabling. This is where we are today. We essentially have to give this a try. We have to show the board that we’re doing our best if we ever want an addition to the school. Through an overcrowding working group, an extended day schedule known as Sample E was chosen in the best interest of the students, parents, and teachers who were represented. In this schedule, there are 5 periods in the day, and every single student has one non-instructional period: a period in which they are free to go home. And no, TOPS kids – you can’t take 5 courses.

What’s this going to accomplish? More facilities available and less portables used. Instead of 88 “sections” running during any period, we have 72, meaning 16 classrooms are no longer needed.

Now there are significant concerns with this schedule. The major one is, what will students be doing during their spare period? The library will be unavailable, as classes take place there. The cafeteria will be available, but it won’t be an ideal working environment, considering the 400 students with “nothing” to do. Sounds like a party. This could seriously impact student achievement, as students will look forward to their spare and dread going back to class. Nevertheless, there is some potential for productivity. For example, students can work on group projects if they have the same spare.

For students who live in the area, it is desperately hoped that they’ll be at home if they have a spare first period, before lunch, after lunch, or last period. With fewer students in the cafeteria, students can be more productive. We’ll have to wait and see if this happens.

The second concern is the 8:20 start for 4/5 of the population, along with the slightly shortened travel times (4 minutes instead of 5).

Lastly, there are conflicts for students with early morning or after-school engagements. If you have a spare period 5 but also a club after school, you’ll have to figure what you’re going to be doing for those 71 minutes in between. It’s more of a problem for early morning practices, although it is possible for more of these to be moved to after school.

Then there’s management and safety concerns. How are you going to control 500 students and keep them out of hallways? What if there’s a lock down, how can you possibly keep track of the students?
Considering the disadvantages, it seems like this isn’t going to work. It’s certainly very ambitious. The problem is, there isn’t much research in the area of alternate timetables, because they’re usually implemented to address crises. Parkdale is the only school in the TDSB that implements one and it’s for a different reason. Their Grade 9/10’s come in earlier, 11/12’s come in later. The truth is, the working group who decided on Sample E isn’t necessarily going to know which timetable’s the best until we try them out.

Significant efforts have been made to inform students and parents about this timetable. There have been students visiting classrooms, parent meetings, letters sent home, as well as IVR phone calls.

Next question is, now or next year? Every single student has been given a pink letter to take home. Parents are once again given the opportunity to respond. The Overcrowding Committee leaned towards February for the following reasons:

Regardless of whether it works or not, the main issue is how long this will last. There will be proper evaluations of the timetable, likely through the overcrowding working group. It is the committee’s hope that if it is deemed ineffective, modifications or cancellations are made. 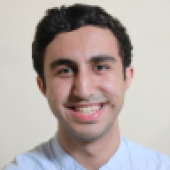 Soheil is a co-founder and Director of Web Development of The Reckoner. Having been deeply involved in the school, he knew MGCI had amazing things to offer, but few would agree. He felt a need for talents at MGCI to be shown, successes to be celebrated, and voices to be heard, so that all students could share the same enthusiasm and pride he had for MGCI. He also serves as Student Council president, hoping to create a better high school experience for all MGCI students.