The Future of Parent-Teacher Interviews

On Wednesday, 28 October, parent-teacher interviews took place during the afternoon and evening. A new online system for scheduling interviews was implemented in place of the traditional pen-and-paper system. Over 700 of the 1700 available spots were booked.

Previously, students were given a sheet of paper with a schedule on it. The students would then have to consult with their parents to find a time, then bring the paper back to school to officially sign up for an interview with the teacher.

The online system allowed parents to sign up themselves. They could also see the times slots in which the teachers were available. After booking their time slots, a confirmation email that stated the appropriate times, teachers, and locations was sent to the parents.

This year, parents could sign up for interviews online. Photo: Valiant Chan

MGCI paid over $400 for the online system. Many parents were supporters of the new system. Mohammed Abdul, father of a Grade 9 student, said the online system was “efficient and refreshing, and made booking interviews a breeze.”

Another parent, Mrs. Amal Ali said, “I loved being able to see what time slot a teacher was booked at. It helped me book all of my interviews in subsequent time slots.”

An additional afternoon time block from 1:00 pm-3:00 pm was also introduced. This was done to give parents who work night shifts the opportunity to participate in parent-teacher interviews. The school day ended at 12pm to accommodate for the change.

Mrs. Elamad, a mathematics teacher, stated that the new electronic system created less hassle for both students and teachers. However, though interviews have traditionally been five minutes long, she expressed her concern for the short amount of time given for each parent. She said, “It’s not nearly enough time to discuss the progress of my students and how we can make their child more successful. This is especially considering the fact that parents must take time out of their schedules to meet with teachers during these times.”

James Jan, a guidance counsellor and a figure that headed the change in the system, said that the five minutes should be used by parents to decide if they need another meeting to discuss their child’s progress.

René Brossard, a computer engineering teacher, expressed his support for the new online system, highlighting the ability for teachers to be able to view parents’ contact information. “It’s nice that I can see the parent’s email and phone number in case I want to communicate with them again in the future.” Brossard was also a fan of the system’s convenience and user-friendliness, saying he would give the new system “two thumbs-up.”

This year’s parent-teacher interviews featured two significant changes: an afternoon time slot and an online scheduling system. Both changes aimed to make the entire experience more convenient and efficient for parents and teachers alike. After an “assessment of effectiveness,” the school will decide if the new system will stay for upcoming years. 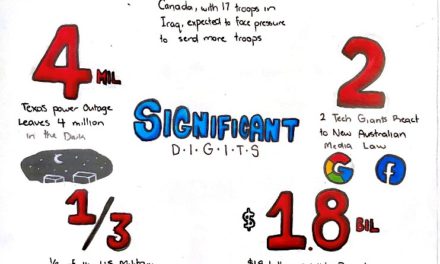