Meeting the Clubs of MGCI

On 24 October 2013, from 12:40 to 1:25 pm, the MGCI Galleria was virtually unrecognizable. Tables lined the hallway, students chatted enthusiastically with each other, and there were all manner of colourful and informative Bristol boards heralding the arrival of MGCI’s annual Clubs Fair.

Many clubs were present to advertise their ideas and attract new members, and even more students showed up, eager to learn about the many extracurricular programs at MGCI.

Henry He, a Grade 11 student and the president of YADD (Youth Against Drunk Driving) Garneau, said that he thinks that Clubs Fair is an excellent idea. “It really allows us to get our message across, and make a greater impact on the school,” he said.

YADD Garneau, like many of the clubs present, were kept busy answering questions and giving information on the many feats that they hope to accomplish this year. Several students showed interest by filling out the sign-up sheets that every club had left on the table.

Students could also refer to the Bristol boards that sat on many of the club tables, offering additional information including meeting times, special events, and mission statements set by each club. Some clubs were even handing out brochures, a great way to help students remember and support the club.

Clubs Fair was a two-day affair, with fundraising clubs taking the first day, and hobby clubs such as Board Games Club occupying the second. Many of the fundraising clubs spoke about events that were going to happen throughout the year, such as the selling of pink ribbons by MGCI Cancer Society, while hobby clubs were looking to simply give students at MGCI a fun and enjoyable experience during lunch or after school.

World Without Worms executives pose with their board.
Photo: Noor Mah

Grade 9 student Scholar Sun enjoyed the fair. He was amazed at the breadth and quality of clubs at MGCI. He said that he has been inspired to become a leader of his own club someday.

Many other students, however, agreed that the event could have used a bit more planning. “It would have been nice if Clubs Fair happened a little earlier,” said Neerajen Sritharan of Computer Science Club. The Grade 11 student, among others, felt that more advertising and time should go into the event for next year, so that students feel more compelled to sign-up with clubs.

Kashfi Manji, the Clubs Convener and the organizer of Clubs Fair this year, was overall very pleased with the turnout of the event. He was delighted to see the many clubs and students that had gathered in the galleria that day. He sees a bright future for Clubs Fair. “It is a great way to raise awareness and support for the clubs of MGCI.” 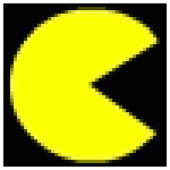 Nicholas Blake is a writer for The Reckoner. He enjoys reading and writing immensely, but that's only if he can find the time to do so. He also tries to find the time to play several instruments, go hiking with his family, and practice martial-arts. When he's not struggling through school or attempting to improve his (somewhat-faltering) social life, you'll most likely find him at home, with a novel, laptop, or Xbox controller in hand. If you find Nicholas humming to himself, he would like to promise in advance that he's not crazy. Or at least, that's what he thinks.