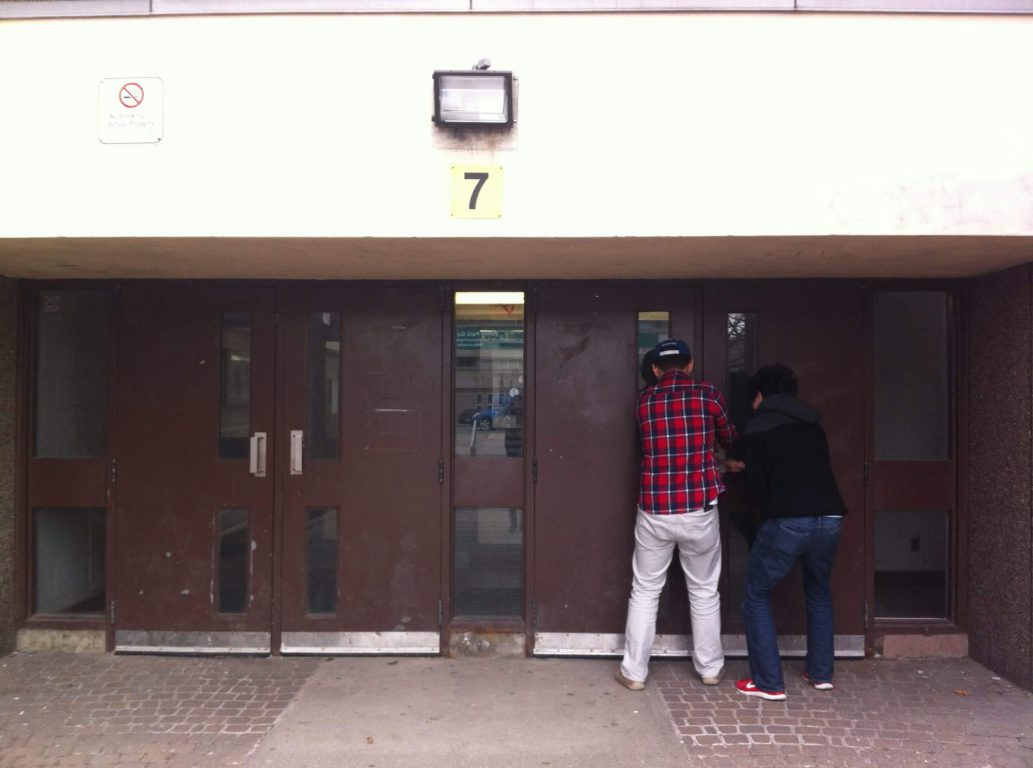 Update: In response to this editorial, Principal Goldenberg has agreed to keep the Overlea doors unlocked for students entering for period 2 until further notice.

The doors to Entrance 7, also known as the Overlea doors, are locked after 8:15. Photo: Abigail Chau

Anyone who leaves the school on their spare will come back to find the Overlea doors locked. The current policy at Marc Garneau Collegiate is to have the doors unlocked before school starts at 8:15. From 8:10 to 8:30, staff members clear people out of the halls. After 8:15 all doors are locked except for the front doors and the doors to the daycare. This is done to identify any possible intruders by forcing them to walk past the office upon entrance.

The “front” doors, as they are referred to, are not the closest doors for most of the student body, and so we will instead refer to them as the office doors. Any student who does not arrive by car or bike will be crossing the street at the Don Mills and Overlea intersection, from where the Overlea doors are the closest entrance, or will come across the bridge, where the Overlea doors are still more accessible than the office doors which would be on the other side of the school.

The policy made sense before the new schedule was enacted. All students were supposed to arrive before 8:50 when classes began. Currently, however, roughly a fifth of the student body comes in after 8:15: not because they are late, but simply because they have a spare during first period. The inconvenience for these students would be insignificant if there were a sidewalk on the east side of the school to allow students a clear path to the office doors. Students must currently walk across the grass or the pavement. The grass slopes downward towards the pavement, meaning that for much of the school year, this path will be wet, muddy, slippery, icy, or some combination of these conditions. The complaint these students make isn’t that they have to walk a little further; it’s that they have to bring rain boots half the year just so their socks and shoes won’t get soaked or covered in slush.

It is important to note that the school does unlock the Overlea doors in unsafe weather, when the ice buildup on the path to the front doors becomes a safety issue for students. But students have no way of knowing whether or not the doors have been unlocked. Any student late or with period one spare will tell you that arriving at school provides a dilemma summed up nicely by the song “Should I Stay or Should I Go”—is it faster to wait for another student to let them in or to walk around to the front entrance? It also means security can still be maintained with the Overlea doors unlocked.

The policy is well-meaning, but it has an important problem. As Vice Principal Sharp explained, “students do open the doors for their friends, and we know that.” If a student chooses to take the shorter walk to the Overlea doors and is lucky, another student is happy to open the door for them. But students walking past the Overlea entrance will open the doors for just about anyone waiting, not just their friends. This threatens the original purpose of the policy: having everyone who enters the school after 8:15 walk by the office so the administration can spot anyone who does not belong.

To avoid this situation, it would be in the interest of the school to make a change to the policy. Simply having an individual situated at the Overlea doors during first period and unlocking these doors would solve this problem. It kills two birds with one stone: a staff member could monitor those who are let into the building rather than allowing students to indiscriminately open the doors, and no one has to walk through the gutter of nature that is the path to the office doors in the morning. The Overlea doors can be unlocked when the path is completely unsafe without jeopardizing safety. They should be unlocked for both the convenience and the safety of the community.

–Apprentice Writer Vicky Xu contributed to the writing of this piece. 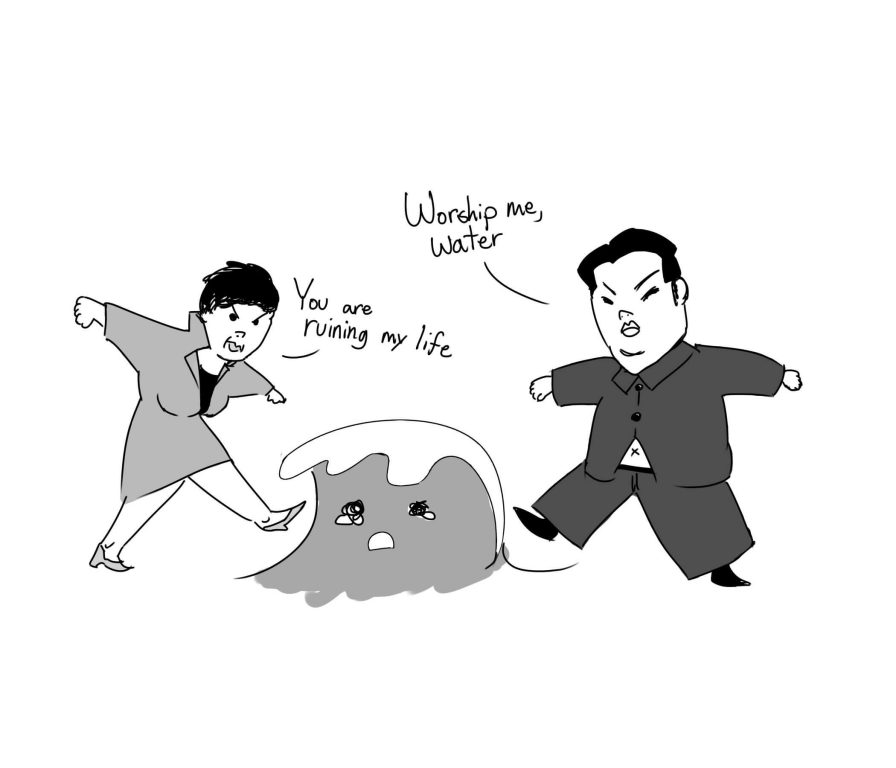 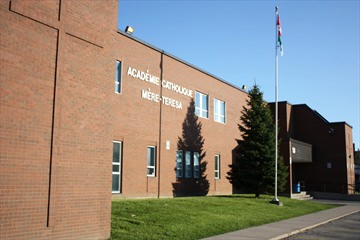