On 28-29 November, 89 MGCI students participated in the annual “Eliminate Night” sleepover hosted by Key Club. The event required a pledge of a minimum of $25 to attend, and all proceeds will go to fund the Eliminate Project, a joint effort between Key Club, Kiwanis International, and UNICEF to eliminate a disease known as Maternal/Neonatal Tetanus.

As students entered the school, their bags were checked by the vice principals as a security precaution. After they went in, they were allowed to stay in either the gym, cafeteria, or staff room, with many activities taking place in each.

A volleyball game in the gym kicked off the evening. As play went on, the game became more and more relaxed, as the players quickly forgot their competitiveness and simply became a bunch of friends enjoying their time. A team soccer tournament occurred later on in the night, and many of the students loved the fast-paced action, laughing and joking around with their friends.

A very different, yet equally intense tournament took place in the staff room. A Wii U was brought in, and students greatly enjoyed round after round of Super Smash Bros. A vicious tournament ensued, and the entire room was focused on the game, cheering and screaming. “It was fun to see everyone get so excited over just a video game”, says Khari Thomas, Grade 10 student.

Around dinnertime, food was delivered to the school and served in the cafeteria. Students all flocked to get their share, and there was plenty for everyone.

As midnight approached, students split into groups. Movies were put on the projector, some people slept, some people played games, and some socialized.

Around 3:50, a staff room window was broken. Instead of cancelling the event, Key Club made a quick decision to move everyone into the cafeteria, and the event went along as planned.

The smiles on the tired faces of the attendees when they left showed the positive impact that the event left. Grade 10 student Nelson Huang says, “Honestly, it was just great having a lot of fun with my friends and knowing that I’ve supported a worthwhile cause while at it.” Most of the students stated that without a doubt, they’ll return for this again next year. 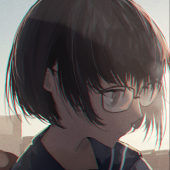