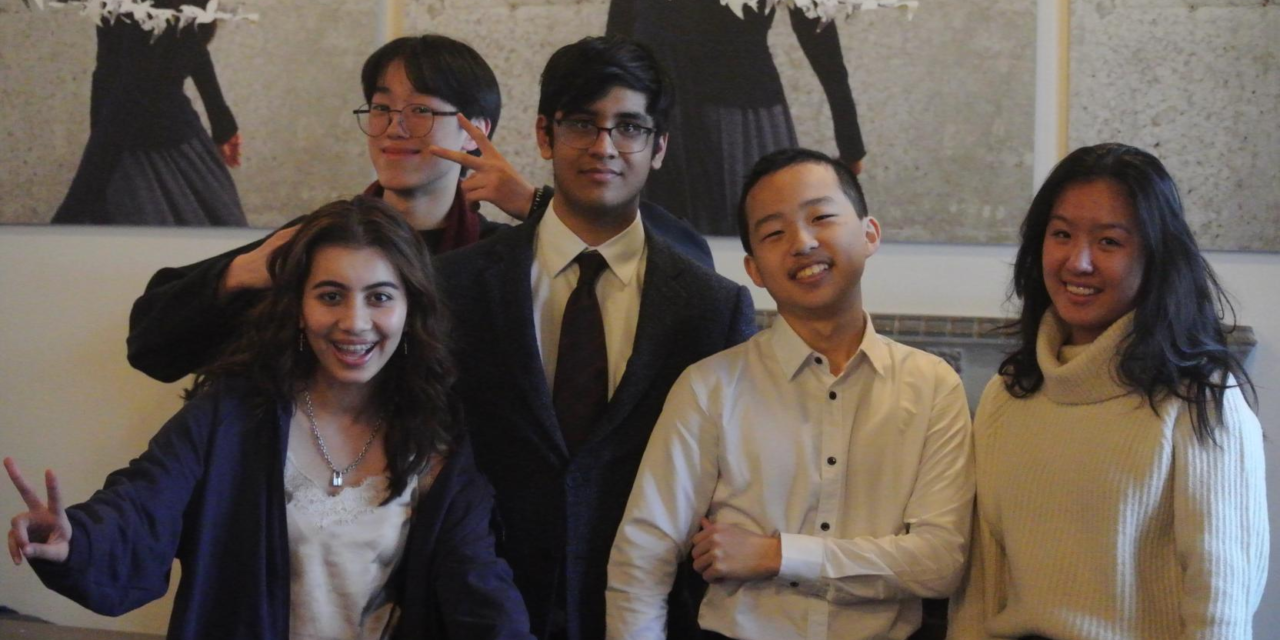 What do models, POIs, table banging, case construction, and whipping have in common?

Here’s a hint: it’s not fashion, math, table misuse, architecture, or foamy cream. Rather, they are all elements of debate. Chances are, these words have been uttered multiple times in the Debate Club Discord server during their meetings on Mondays, Tuesdays, or Wednesdays, depending on the members’ cohorts.

Marc Garneau’s Debate Club was founded in 2018 by current Grade 12 student Akil Miki Huang when he wanted to build up a robust debate team for MGCI. When asked about what inspired him to start the debate club, he says, “Talking with debaters at other institutions, I realized that we were behind on training and club opportunities. A couple friends and I decided we would set up a club, starting small and working our way up.”

Contrary to the infamous televised debates, high school debate is civil, educational, and fun to watch. Students learn to think critically and analytically. They are encouraged to debate a wide scope of topics that range from regretting social norms to types of activism and even whether or not the opposition side has already won the debate. Over the numerous lessons and practice debates covered, club members have an opportunity to hone their skills of idea organization, collaboration, efficient note-taking, and public speaking. Furthermore, aside from practicing these skills, Debate Club is a community and safety net for members to bond and feel supported.

As the president of the club, Akil says, “Our priorities at debate club are centered around the construction of a community at Garneau! Of course we value the oratorical skills and argument-building that debate often helps with, but we try to create a strong community bond and I offer whatever help I can—regardless of whether they’re debate-related or not—to our members.”

Debate Club meetings typically consist of lessons on new skills and practice rounds. Motions have ranged from ones extracted out of recent high-school tournaments to fun, unique motions on challenging topics and unexpected formatting. Lessons teach important skills and techniques used in debate, such as argumentation, refutation, speech structuring, and more! Despite the argumentative nature of debate, Debate Club has a comfortable environment that encourages friendship and community. As Debate Club member Lisa Zhang stated, “I wanted to join the club for a more laid back experience. I just enjoy being able to debate with friends and do interesting motions that I don’t always get in debate class.”

The experience of club members also varies, as everyone, regardless of skill level, is welcome in the club. Because levels range from new novice to seasoned seniors, Debate Club sorts members into “junior” and “senior” categories. Some people have joined to learn about debate with their schoolmates, while others use this opportunity for extra practice, like Carrie Jiang: “I joined debate club because I just started doing debate in the summer and I wanted to develop my skills within the school club, sort of like extra practice.”

The Debate Club has also sent several members to tournaments representing MGCI. This year, they are run online, on a discord server. Most tournaments are done over a span of one-to-two days with multiple rounds each day, along with “break” rounds – the semifinals, finals, and junior finals. These tournaments include Upper Canada College’s Pro-Am tournament, and coming up in 2021, two of Toronto’s highly well-known high-school tournaments: Hart House HS 2021 and Western University’s 2021 high school debate tournament.

For the near future and coming years, Vice President Larissa Long says, “Honestly, I just want MGCI debate to remain an open and inclusive club where anyone can join and come to learn, make new friends, and joke around. I love the atmosphere that this year’s debate club has fostered, and looking at how far we’ve come in these past few years is astounding.”

Amy Jia is a writer and photographer for The Reckoner. She fills her schedule with a balanced combination of food, procrastination, internet, laughter, music, and books. Amy can typically be found rooting through the kitchen for snacks, browsing through her phone, getting too emotionally attached to music, or binge watching photography channels on youtube. Many things make her happy, some of which include bubble tea, dogs, and making new friends.

How to Survive High School