CRISPR: An Analysis of its Future and Ethics 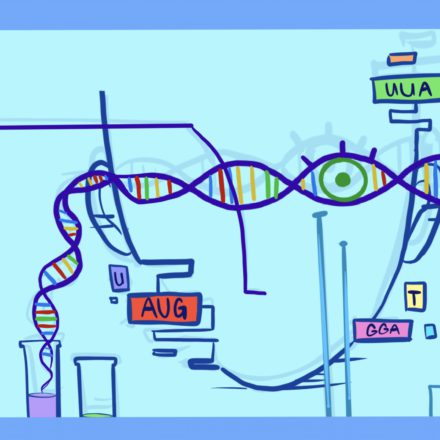 A simple-to-use tool with a clunky name, CRISPR stands for Clustered Regularly Interspaced Short Palindromic Repeats. To date, it is the most versatile genomic engineering tool created in the history of molecular biology. Created billions of years ago by bacteria to combat viruses, the CRISPR method is a basic yet incredible asset for altering genomes. It permits scientists to effectively change DNA groupings and modify gene function. CRISPR innovation was adjusted from the characteristic protection components of prokaryotes (the area of single-celled microorganisms). These organic entities use CRISPR-inferred RNA and different proteins, including a certain one known as Cas9, to thwart assaults by infections and other unfamiliar bodies. They do so by basically cleaving up and obliterating the DNA of an unfamiliar trespasser. At the point when these segments are moved into other, more perplexing, life forms, it considers the control of qualities, or “altering” [1].

Before we delve into the ethics behind genetic modification, allow me to explain how CRISPR works. Researchers start with RNA, a molecule that can peruse the genetic data in DNA. The RNA discovers the spot in the nucleus of a cell where some altering action could happen (the nucleus is the core of a cell where the majority of the genetic material is stored). These RNA shepherd the Cas9 protein to the exact spot on DNA where a cut is called for. At that point Cas9 locks onto the double-stranded DNA and unzips it. Then, using CRISPR/Cas9, scientists are able to create gene changes, or mutations [2]. See, how simple was that?

Now onto the complicated stuff! The innovation offers great ability to change medicine: it is now being used in small clinical trials to cure inherited diseases such as sickle cell anemia. It has been modified to act as a diagnostic in recent COVID-19 studies, and it may one day be used by humans to kill viruses. However, others are concerned that it would allow humans to play God. They see a direct distinction between editing a living human with a disease and editing an embryo with modifications—such as deleting genes responsible for genetic disorders like Huntington’s—or, one day improving infants to become so-called “designer babies” [3]. These modifications, known as human germline genetic modification, are handed on indefinitely. Germline therapeutic genome editing modifies the genome of a developing human embryo. This has the potential to affect every cell, which means that it has an effect on not just the individual who might result, but also on his or her descendants. As a result, its application is severely restricted. Germline editing in a dish will help researchers determine what health benefits are possible and how to minimise risks. These include incorrect gene targeting, off-target effects, in which editing a gene can solve one problem but create another, and mosaicism, in which only certain copies of the gene are mutated.

On the other hand, Somatic gene therapy allows scientists to alter a patient’s DNA in order to treat or reverse a condition caused by a genetic mutation. An example of this is a clinical trial in which scientists extract blood stem cells from a patient, use CRISPR procedures to correct the genetic error that causes them to create faulty blood cells, and then infuse the “corrected” cells back into the patient, where they produce stable hemoglobin [4].

This system’s ability to edit diverse genome types with unprecedented ease appears to offer considerable promise in a wide variety of medical applications. The use of this emerging technology has developed clinical trials applied to various types of cancer, solid tumors, Alzheimer’s, melanoma, leukemia, HPV, HIV-1, gastrointestinal infection, and sickle-cell anemia. [5]. Although there is widespread public support for its clinical uses there are ethical and safety issues regarding such CRISPR applications evident around the world [6][7].

CRISPR offers new hope for people living with untreatable diseases or diseases that do not have many options for treatment. Not only can it make it possible to generally edit the human genome, but scientists can additionally personalize the treatment to be applied to a particular individual’s needs. Once the methods are improved and tested, side effects of medicine would be eradicated, healing time would see a significant decrease, and drug discoveries would improve.

The treatment would offer the chance to cure or even eradicate certain human diseases like cancer, as it can modify immune cells to make them more effective at targeting and destroying cancerous cells. One day, we will be able to achieve high levels of therapeutic efficacy and simultaneously address a broad spectrum of genetic disorders.

Beyond its medical utility, the future of CRISPR will see a variety of other developments too. Increasing the muscle mass of animals would render farmed animals less susceptible to disease, therefore enhancing nutritional content for consumers. Genetic crops could be produced to be resistant to environmental deprivation and pathogenic infection, as well as being less susceptible to pests. The global population would see more food production in places that have famine issues [8].

Concerning climate change and sustainability, the future would be open to different fuel alternatives with a new and improved version of ethanol. The stress on the environment would also be eased by manipulating a form of yeast that transforms sugars into hydrocarbons, would allow for the fabrication of plastic, substantially reducing the reliance on petroleum-based resources for plastics[9].

Ethical judgements, particularly in biomedicine, are empirically informed and require weighing possible risk-benefit ratios, with the goal of maximising the latter while mitigating the former. To approach ethical decision-making, it is important to understand the range of potential consequences, the probabilities of each occurrence, and the possible justifications behind the outcomes of each one. It has been proposed that ethics and governance discussions should go beyond the necessity of clinical innovation by focusing on concern for human rights and dignity, as well as seriously addressing unknown implications for gene-edited individuals and future generations, both in terms of protection and potential eugenic applications of this technology.

There are three basic reasons for ethical questions about CRISPR/Cas9 genome engineering technologies. First, there are issues about the technology’s power and technological shortcomings. Limited on-target editing performance , incomplete editing (mosaicism) , and inconsistent on- or off-target editing are examples [10][11][12]. Many of these issues may become obsolete when more reliable and responsive CRISPR tools are created. However, for the purposes of this analysis, I will highlight these shortcomings as the primary concerns about widespread CRISPR use.

Second, it is unknown if engineered species will be affected forever, or whether the edited genes will be passed on to subsequent generations, possibly altering them in unpredictable ways. Uncertainty caused by these conditions makes accurate risk-benefit analysis difficult, complicating moral decision making.

Finally, skeptics argue that even if the genome is edited as predicted and the optimal functional production is obtained within the time frame specified, the dynamic relationship between genetic knowledge and biological phenotypes is not fully understood. As a result, depending on the circumstances, the biological consequences of editing a gene in germline and/or somatic cells can be unknown and unstable. The diverse regulating activities of various genes decide several biological traits.

After considering the ethical effects, there are more consumer-oriented issues to address as well. With these emerging innovations, there is fear that genome editing would be exclusive to the affluent, exacerbating social inequalities in access to health care and other interventions. Some are concerned that if germline editing is taken to the extreme, it would result in secular populations determined by the quality of their engineered genome. Returning to the idea of “designer babies,” germline cells and potentially embryos would be able to be modified in whatever manner an adult desires. Opening the door for cosmetic editing will allow individuals—usually those who can afford it—to make their infant “better” than a baby born without any genetic alteration. Essentially, the business-oriented ethical questions raised by CRISPR are whether this system should be made available to the public for cosmetic purposes or only for medicinal purposes.

So what does all this mean for the future of CRISPR and its concentration in gene editing? Future advances are expected to increase the advantages of this innovative technology while reducing the risks. Regardless of the complexity posed by new CRISPR technology and implementations, major regulatory mechanisms exist in many locations around the world from which threats can be tracked and controlled. However, where such facilities and regulation are absent, the threats to safety and privacy should increase. Although it is less than a decade old, CRISPR has shown unparalleled ability to revolutionise fundamental science innovation. Data from such experiments offer critical indications and insight that drive scientific research, development, and the foundation for future medical benefits. The possibilities for such revolutionary tools are limitless. However, as with any powerful asset, there are dangers that raise moral questions. To make truly informed decisions about ethically contentious issues, well-controlled, reproducible experimentation and clinical trials are needed.

If technology advances, so will debates over ethical and legal mechanisms for limiting its applications. The platforms described above provide intriguing suggestions for furthering discussions and future resolutions. Studies and ethical standards from national and international institutions, in which diverse disciplines of society take part, will be essential for federal funding agencies and institutional oversight boards to apply and oversee in order to mitigate possible risks and leverage potential benefits of this technology. Even so, it is possible that governments and their regulatory regimes, chief investigators, and academic oversight committees will eventually be responsible for enforcing science legislation and ethical standards. Thus, if used reasonably, CRISPR will change the world and the future of medicine as we know it, and I, for one, am excited to see its development and applications to come.

Nuha Khan is a writer for the Editorial Board at The Reckoner. Her hobbies include sketching on everything from napkins to math notebooks, incessantly reading fantasies, and Taekwondo. She tried getting into basketball at one point, but sports aren’t really her thing. When not reading or writing up something new, you’ll probably find her taking a morning walk while listening to BTS songs, or overplanning her life on Notion, if that’s a thing. Her friends think it’s crazy, but she prides herself on waking up at 5 am every day since middle school - someone please get her some coffee.

Why the course requirements need to change