Election Day for our neighbours down south is fast approaching. On 7 November, 2014, control of the legislative branch of the United States Government will be decided at voting booths across America. The Republican Party, politically aligned with our Conservative Party, is predicted to gain control over Congress.

You may be thinking: “Why would I care about this? I live in Canada!” But let us take a closer look at the complex politics involved.

Congress has been deadlocked for the past four years, with the Republican Party holding firm control over the House of Representatives, and the Democratic Party edging out a slight majority in the Senate. Congress is now a petty fistfight between the two parties. In fact, the last major bill, and primary election issue, is the Patient Protection and Affordable Care Act passed in 2010, otherwise known as Obamacare.

We Canadians enjoy our universal healthcare, but the majority of us are completely unaware of the subtle costs of our medical services. We pay high taxes on just about everything, especially in comparison to many other nations. We have waiting lists that are far too long.

Obamacare serves a similar but not all-encompassing purpose in the US. It created a great divide among the American public by cancelling more existing insurance policies than it provided, making health insurance mandatory by setting a tax on non-compliance, and dissuading businesses and development by imposing compulsory employer insurance [1].

In practical terms, this means the average American will get his private insurance taken away, be forced to pay for a public plan (or get fined), and suffer under the failed bureaucracy known as the Obama Administration. As you can imagine, there are not too many happy American campers.

Many complaints have revolved around President Obama himself. He has willfully lied about the Benghazi attack, in which the US Ambassador to Libya and his security personnel were attacked and murdered by Islamic extremists [2].  During sequestration, the Department of Defense was forced to cut billions from its spending, while Obama sent hundreds of millions to the Muslim Brotherhood terrorist group in Egypt [3]. Obama selectively enforces laws, suing states for implementing laws he doesn’t approve of [4], and ignoring immigration laws by not prosecuting illegal immigrants [5]. Obama released five high level Taliban prisoners in exchange for one American deserter [6]. Many of these infractions can be considered impeachable [7].

Due to all of this, the Democratic ship will most likely sink in November. The Republicans need only six seats to gain a majority, and fifteen for a bulletproof majority, something that can easily happen when Democratic senators lose elections in Republican states. But what does a Republican Congress mean for Canada?

Our economy will receive a boost, as the business friendly Republicans seek to further develop natural resources, agriculture, approve the Keystone XL Pipeline [8], and reduce Federal bureaucracy. All of which increase cross-border economic activity.

The reversal of defense budget cuts will lead to a more effective, strong, and respected US military. We do need some protection if the Russian Bears come knocking [9].

The repeal of Obamacare will serve as a wake-up call for our own healthcare reform. Who wants to wait in line for two-and-a-half years and then die before getting treatment [10]?

In the end, a Republican victory in the November elections will be a symbol of change, from an ass to an elephant. A change that will renew America, and the world. 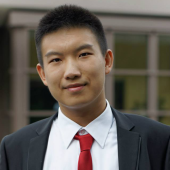 David Lu is the Director of Web Development at The Reckoner.

A Look into Literacy