Every year, a small forest is sacrificed to satisfy the political ambitions of aspiring SAC executives. Posters of all shapes, sizes, and colours plaster the first floor halls—except not, because posters are invariably letter-sized and primarily monochrome. Most are also quite dull to look at. It was easy, then, to find five that weren’t so forgettable: I managed to remember them when I got home.

5. Jerry Wu – I am running for Treasurer

This is an incredibly lame pun. Fortunately, I enjoy incredibly lame puns. I like that the poster is simple and very visible, combining Jerry’s clear intentions with horribly uninspired visual humour. It’s also very clear who Jerry is (he’s the guy in the photo), unlike some other posters compelling me to vote “V-DU for VP” without giving me any clue what “V-DU” looks like. My one concern is his running pose. His arms are up, dynamic, I get that, but his legs are kinda side-by-side which means he wasn’t actually running which basically destroys the pun.

I admire his inconsiderate and unapologetic monopoly of wall-space. Jaffer realizes that larger promotional materials equals more attention. The black lettering contrasts with the white walls, sending a bold message visible from any point in the caf (except from behind the pillars because the pillars are in the way.) But Jaffer hasn’t gone far enough. He  needs to repeat this design several times over around the caf, staking even more promotional territory and crowding out competition. Viewers also have no idea what Jaffer looks like or what he’s running for (it’s Social Convenor by the way). This man needs a disco mural.

Nabeel’s poster is arguably the best designed this year—in theory. White text on a dark background is a proven eye-catcher, and his message is clearly visible. Nabeel’s poster is even more clever by incorporating two levels of text: a caption (“Vote Nabeel Ahsen for President”) for faraway view and a mission statement for closer consideration. It’s actually beautiful.

Sadly, execution falls short of the poster’s potential. It was printed in black-and-white, which makes the background picture murky and  obscures his face. And I don’t know why he’s bringing up a class presidency from grade 6.

I can’t say anything bad about this poster. It’s very bright and clear, and the colours are lovely. She even manages to slip in a Facebook link: /BTforVp. I just wish she had a clever slogan to go with it. Something catchy, with a rhyme and pun, like maybe “Parka in Winter and Barkhaa in Spring.” And she could wear a winter jacket in the halls to boost brand recognition.

Remember how I said I loved bad puns? This isn’t one.

This is a brilliant pun. It is difficult to express how good this pun is, but I’ll try my best. It’s clever because Gavin’s running for Clubs Convenor, and doubly clever because card games are exactly the kind of hobby clubs are built around. So he’s the King of Clubs in that he’ll be in charge of Clubs Council and he’s supporting the whole reason clubs exist. Give it a minute.

This poster is also remarkably effective because of its simplicity. Large amounts of white space draw attention to the caption and to the visual, which combines bad Photoshop with a visual pun. It’s pretty clever. And he manages to slip in a Facebook link. 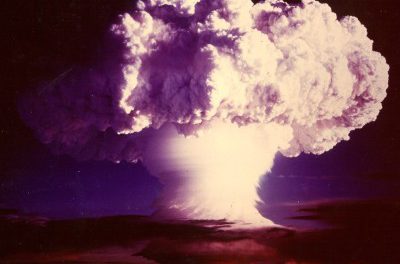 How to Destroy Humanity