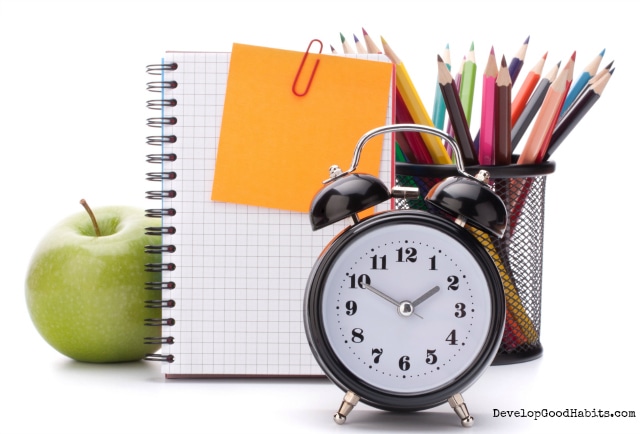 I don’t want to discourage anyone from studying, because it’s usually a good idea no matter how you study, but I believe that some study methods are better than others. Some methods may actively harm your ability to recall information and some aren’t as effective as they could be. If you do some of the things that I mention not to do, but it works for you, great! Different things work for different people. But hopefully these three tips may give you some sort of guidance.

The first mistake is studying without any clear goals or concrete plans. Ideally, studying shouldn’t be viewed as this endless slog to just push through everyday. There is an end goal and that is to master a certain amount of knowledge. Goals are crucial because you want to know where you’re going so that you can clearly map out a path to reach that destination. When putting that into a study perspective, you need to know what you need to know. That way, it’ll be easier to pick out the correct study methods and organize the information accordingly.

Do This Instead: pick a goal and set out a plan to get there. The way I recommend doing this is by first creating a study plan with a general outline of everything you need to know and then plan out which day/week you’ll be covering those topics.

The second and most common mistake to avoid is multitasking which is basically attempting to do multiple tasks at once. An example of this would be, say, solving math problems and watching YouTube videos at the same time. The thing about multitasking is that, no matter how much you believe you’re successfully completing multiple tasks at the same time to maximize your productivity, you can’t physically multitask. It’s basically a quick switch between the two tasks, at a rate faster than what your brain can comprehend. You won’t be putting in your full effort and even if you somehow are able to multitask quite effectively, you’re still being less efficient than you could be.

Do This Instead: focus on one thing at a time! It’s such a simple concept, but a lot of people don’t seem to follow through. The increased efficiency levels you’ll have from avoiding multitasking will save time and increase productivity.

The third and final mistake is the idea of passive studying and how it really isn’t as effective as it may sound. Passive studying includes things like re-reading notes/textbooks, re-copying notes without really thinking about it, et cetera. Yes, it can be aesthetically pleasing and very easy to do, but that’s the problem. It’s way too easy. Training your brain to solve problems or recall information requires an extra ounce of effort. Simply being able to recognize information is not the same as being able to recall that same information in a situation where you’re asked a question. Recalling information from scratch is the skill you will be tested on, and therefore need to practice.

Do This Instead: follow active studying techniques. Some examples are making use of flashcards, completing practice tests, or even teaching yourself/friends. These methods of studying will help with remembering information in the long-term.

Even if you take these tips with a grain of salt, I hope this helps you in some way.

Abbinaya Parakaran is a writer for The Reckoner's Life Board. She is a passionate reader and writer. She's also an amazing procrastinator. In her free time, she loves to eat snacks and binge watch TV shows.

The Life of a Maybe