The first two sessions of the Men’s Curling Round Robin were held in the Gangneung Curling Centre. After these sessions, Sweden and Canada are tied for first in the rankings, each with two wins. USA and Japan follow, each with one win. The rest of the round robin games will continue 15 February to 21 February, after which the semi-finals will take place.

Session 1 of the Women’s Curling Round Robin was also held. Great Britain, Sweden, China, and Japan lead in the rankings, each having won their game in Session 1. Round robins will continue until 21 February to determine the countries that will be moving on to the semi-finals.

Image: Canada’s Marc Kennedy during their match against Italy, which ended in a 5-3 victory. (Image courtesy of Reuters) 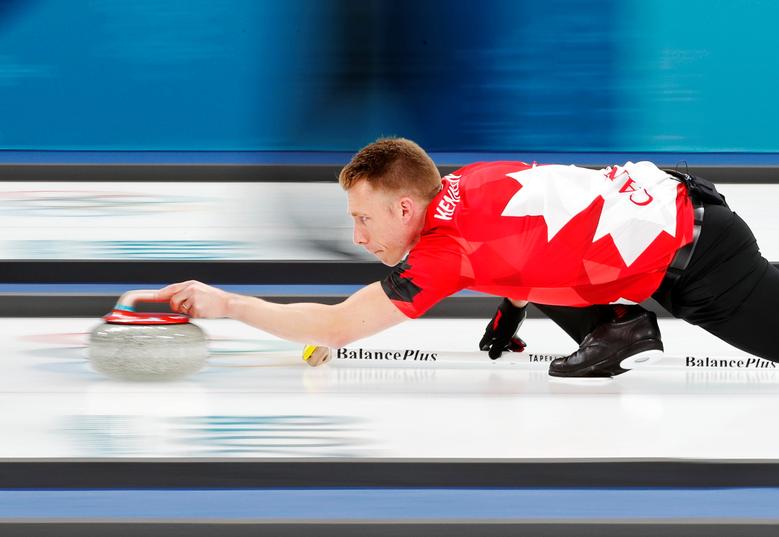 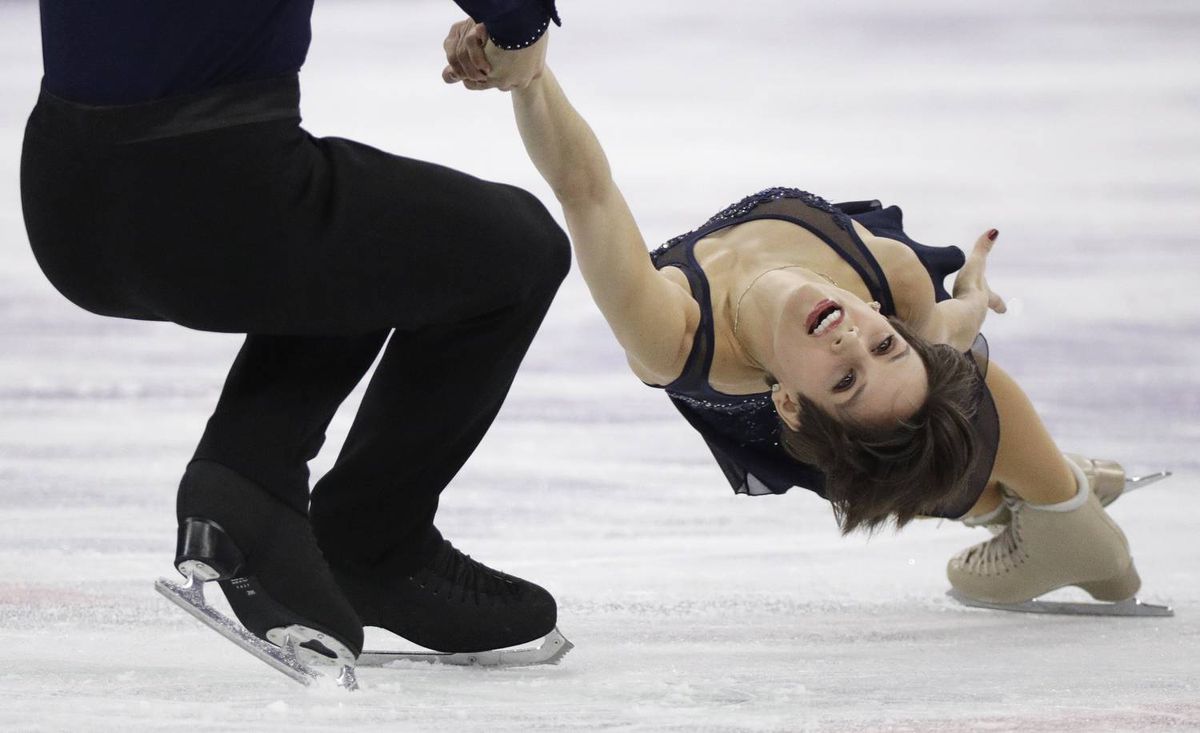 The Pair Skating Short Program was held in the Gangneung Ice Arena. Sui Wenjing and Han Cong (China) finished in first place with 82.39 points, followed by Evgenia Tarasova and Vladimir Morozov (OAR) with 81.58 points. Meagan Duhamel and Eric Radford from Canada scored 76.82 points, placing third in the current standings. Harley Windsor became the first ever indigenous Australian winter Olympics athlete. The scores from the short program will be combined with the scores in Pair Skating Free Skating on 15 February to determine the medalists of the Pair Skating event.

Image: Canada’s Meagan Duhamel and Eric Radford place third in the current standings for Pair Skating. (Image courtesy of The Globe and Mail)

The Ladies’ 1000m Speed Skating event was held in the Gangneung Oval. Jorien Ter Mors of the Netherlands broke the Olympic Record with a time of 1:13.56, securing first place. So far, the Netherlands have won every single gold medal in Speed Skating. The athletes who received medals for this event are: 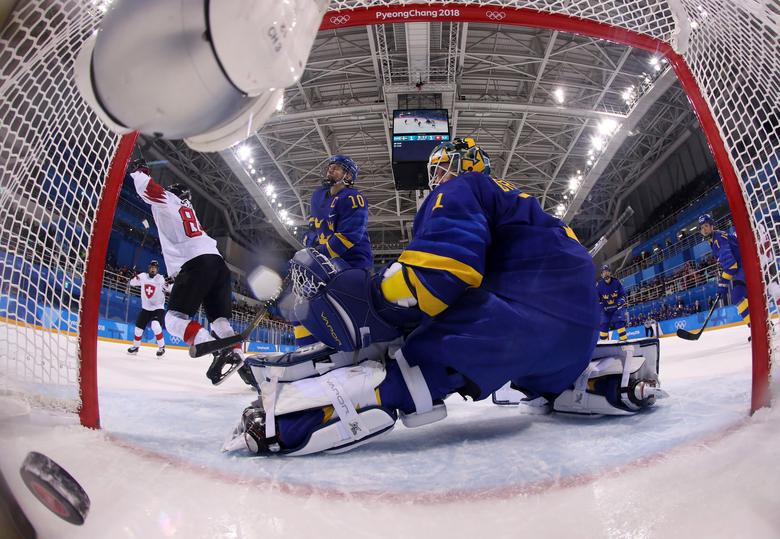 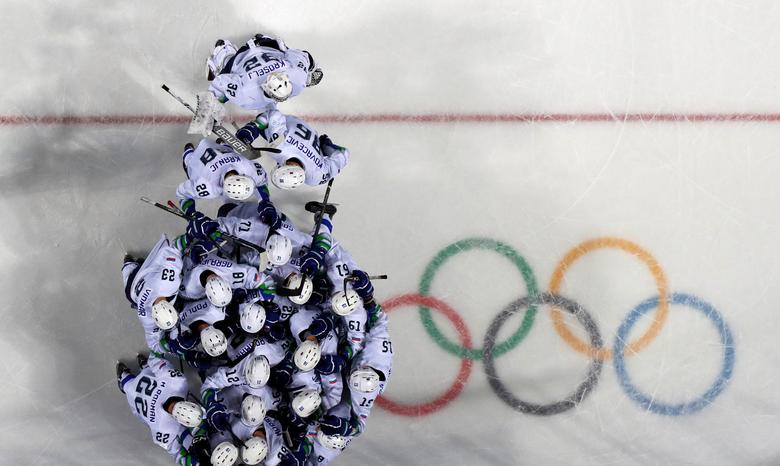 The Women’s Ice Hockey Preliminary Round for Group B continued from 12 February and were held in the Kwandong Hockey Centre. Switzerland knocked Sweden down to second place in the Group B standings with a 2-1 victory. Switzerland now stands in first place in the group, with three wins and no losses. Japan, in a 2-1 game against the unified team of Korea (COR), picked up its first win. The preliminary round will continue for Group A on 15 February, determining the teams that will qualify for the quarter finals, which will be held 17 February.

The Men’s Ice Hockey Preliminary Round began on 14 February for Group B, and will continue until 18 February. Slovakia faced off against OAR, winning the game 3-2. Slovenia managed to make a comeback and defeat the USA team 3-2 in overtime, from a 2-0 deficit. Due to NHL players being barred from competing in the Olympics, some of the world’s best players were not able to participate, resulting in weaker Olympic rosters for many countries. Canada will need to overcome this obstacle when their men’s team plays Switzerland in the Group A Round Robin on 15 February. The playoffs will occur beginning on 20 February, after the completion of the preliminary round.

Image (bottom): Slovenia celebrates after winning against the USA, making a comeback in overtime. (Image courtesy of Reuters)

Both runs of the Doubles Luge event took place on 14 February at the Olympic Sliding Centre. After run 1, the team of Tobias Wendl and Tobias Arlt (Germany) held first, followed by Peter Penz and Georg Fischler (Austria) in second, and Toni Eggert and Sascha Benecken (Germany) in third. The standings stayed the same after the second run, and Wendl and Arlt won their second consecutive gold medal in Doubles Luge. The medalists are as follows: 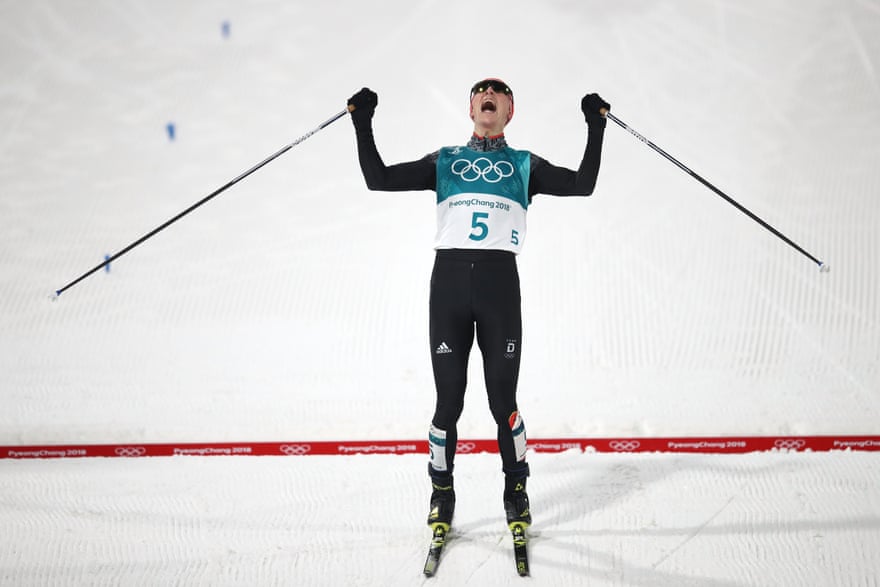 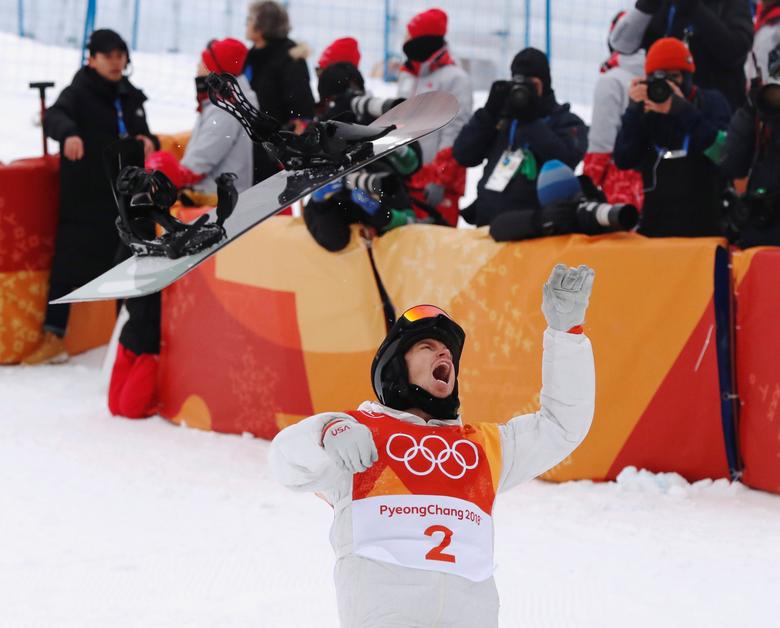 The final runs of Men’s Halfpipe in Snowboarding were held on 14 February at Phoenix Park. Following the qualification runs on 13 February, twelve athletes qualified for the finals, including Shaun White of the USA, Ayumu Hirano of Japan, and Scotty James of Australia, ranking first, second, and third respectively. While the scores between the three were close throughout the finals, Shaun White scored 97.75 points in the final run to secure first place, winning his third Olympic gold medal in the halfpipe event. The medalists in this event are:

Image: Shaun White celebrates as he secures a gold medal for the US with a score of 97.75. (Image courtesy of Reuters)