The 2018 PyeongChang Olympic Games continued for its eleventh day on 20 February. At the end of the day, Norway holds the most medals, with a total of twenty-nine medals. They are followed by Germany with twenty-three medals, and Canada with nineteen medals. In terms of gold medals, Germany and Norway lead with eleven gold, followed by Canada with eight gold.

The 2 x 6km Women + 2 x 7.5km Men Mixed Relay Biathlon was held in the Alpensia Biathlon Centre. Martin Fourcade won gold yet again, making it his third of this Olympics. The following teams were awarded medals in this event:

Image: Martin Fourcade of France celebrates after winning gold in the 2x6km Women + 2×7.5km Men Mixed Relay Biathlon, making it his third of these games. (Image courtesy of Reuters) 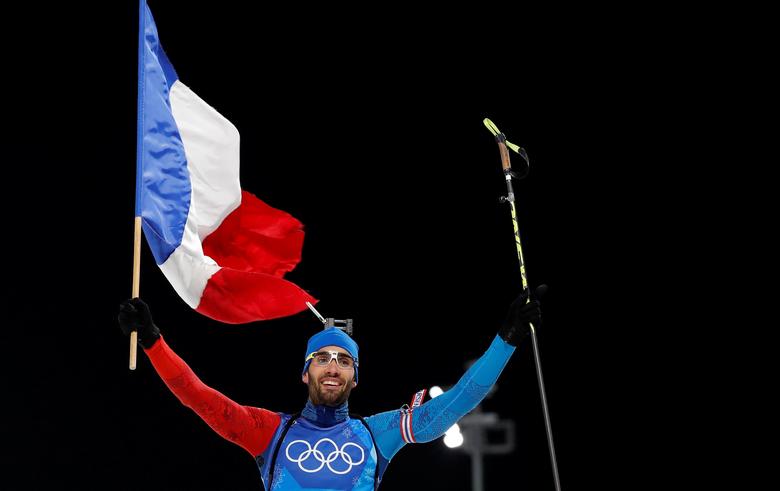 The first two of four heats of the Women’s Bobsleigh event were held in the Olympic Sliding Centre on 20 February. The first heat ended with Elana Meyers Taylor’s team (USA) in first place, with Mariama Jamnka’s team (Germany), and Jamie Greubel Poser’s team (USA) in second and third respectively. Cumulatively, after both heats, Jamnka’s team stands in first place, followed by Meyer Taylor’s team and Stephanie Schneider’s team (Germany). The final two heats will be held on 21 February to determine the medalists of this event.

Image: Mariama Jamanka and Lisa Buckwitz of Germany competing in the Women’s Bobsleigh event on their way to ending the day in first. (Image courtesy of Pyeongchang 2018)

The Men’s Curling Round Robins continued for its tenth and eleventh sessions in the Gangneung Curling Centre. These sessions concluded with Sweden in first place with seven wins and one loss. They will advance to the semi-finals. In second place are Canada and Great Britain, each with five wins and three losses. The final session will be held on 21 February to determine the remaining three teams that will be moving on to the semi-finals on 22 February.

The tenth session of the Women’s Curling Round Robins was also held on 20 February. After this session, South Korea stands in first place with six wins and one loss, already qualifying for the playoffs. Sweden follows with five wins and two losses, and Great Britain is in third place with five wins and 3 losses. Two more sessions will be held on 21 February before the semi-finals, which will be held on 23 February.

Image (top): Canada’s skip, Kevin Koe, throws a stone against Japan during the Men’s Curling Round Robin. (Image courtesy of The Toronto Star)

Image (bottom): Kim Eunjung of South Korea makes a call during a Women’s Curling match against the USA. (Image courtesy of The Orange County Register) 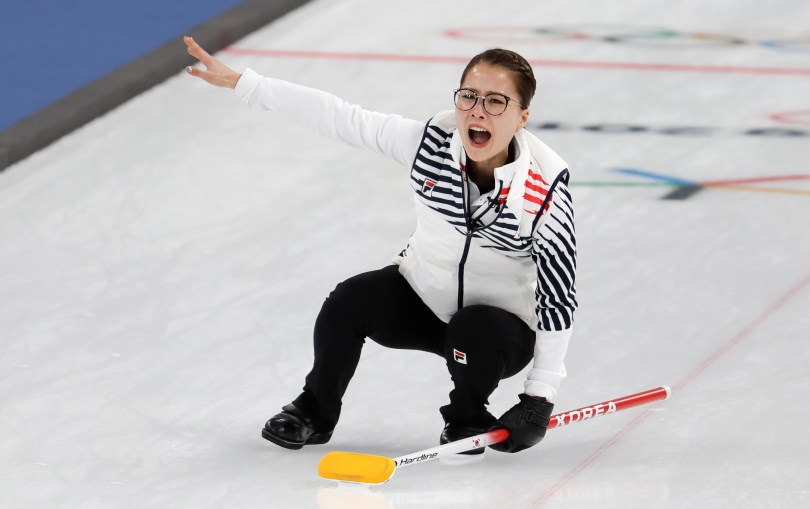 The Ice Dance event continued after the Short Dance the previous day with Free Dance, held in the Gangneung Ice Arena. The scores from both programs were combined to determine the medalists for the event. Canada’s Tessa Virtue and Scott Moir, who were in first place after the Short Dance, broke the world record for highest combined total score in Ice Dance, with a score of 206.07 points. Along with the gold, they earned the titles of the most decorated figure skaters in Olympic history. Gabriella Papadakis and Guillaume Cizeron from France set a new world record of in Free Dance, with a score of 123.35 points, which helped them win second place. The following pairs were the medalists in this event:

Image: Tessa Virtue and Scott Moir of Canada celebrate after winning gold in the Ice Dance Figure Skating event. (Image courtesy of The Globe and Mail)

The Women’s Ski Halfpipe finals consisted of three runs, held in Phoenix Park. The best score out of the three runs for each athlete were compared to determine the rankings at the end of the event. The following athletes received medals for this event: 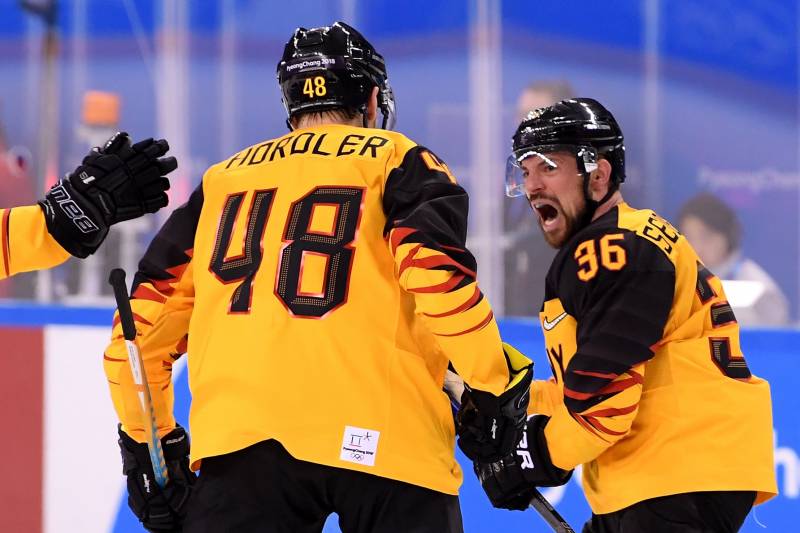 The Men’s Ice Hockey event held Playoffs Qualifications at the Gangneung Hockey Centre to determine the final four teams moving onto the quarter-finals. The USA won against Slovakia in a 5-1 game, and Norway beat Slovenia 2-1 in overtime. Finland faced off against South Korea, winning the game 5-2. At the Kwandong Hockey Centre, a lengthy game ended with an overtime 2-1 victory for Germany over Switzerland. All four games of the quarter-finals will be held on 21 February, with the Czech Republic playing the USA, Norway against the OAR, Canada facing Finland, and Sweden playing Germany.

The Women’s Ice Hockey Classification games were held in the Gangneung Hockey Centre to determine the fifth to eighth place teams. Sweden faced off against the unified team of Korea (COR), and won the game 6-1, winning seventh place and putting Korea in eighth. Switzerland played Japan to determine the fifth and sixth place teams, with Switzerland beating out Japan in a 1-0 game, taking the fifth place title. Canada hopes to earn its fifth consecutive Olympic Gold on 22 February against long-time rival USA. The bronze medal match, where Finland will face OAR, will be held on 21 February.

The Men’s Individual Gundersen LH/10km Nordic Combined event was held in the Alpensia Ski Jumping Centre. The first round was the Ski Jumping round, after which Japan’s Akito Watabe ranked first, followed by Norway’s Jarl Magnus Riiber, and Austria’s Wilhelm Denifl. The results from this round determined the time disadvantages for the Cross Country round. The medals were given depending on the finishing order in the Cross Country round, in which the Germans swept the podium. The medalists in the event are:

The eight heats of the Women’s 1000m in Short Track Speed Skating and the eight heats of the Men’s 500m event were held in the Gangneung Ice Arena. The top two competitors in each of the heats qualified for the quarter-finals, which will be held on 22 February for both events.

The finals of the Women’s 3000m Relay was also held on 20 February.  For the first time since Women’s 3000m Relay was first included in the Winter Olympics, Canada did not win a medal in the event. While Canada was in second place, a member of South Korea fell and collided with Canada’s Valerie Maltais, causing many skaters to slow down, with only the teams of South Korea and China contending for first place. South Korea managed to cross the finish line before China, followed by Italy and Canada in third and fourth. However, after review of the collision, penalties were given to China and Canada, disqualifying both teams from the race. The penalties were met with huge disbelief, both in the skating centre and on social media, since it is unclear why the Canadian and Chinese skaters were disqualified. South Korea’s gold medal is the country’s sixth gold medal in Short Track.

Image (top): Kim Alang of South Korea barely edges out Marianne St Gelais of Canada in crossing the finish line of the Women’s 1000m Short Track Speed Skating although both will move on to compete in the quarter-finals. (Image courtesy of The Globe and Mail)