Eleven people get struck by lightening.

Firefighters outside Parc Monceau after eleven people got struck by lightening. (Image courtesy of AFP/Getty)

On 28 May in Paris’s Parc Monceau, eleven people, including eight children, were struck by lightening.  The children had been at a birthday party and took shelter under a tree when a storm suddenly hit. The tree was reportedly hit by lightening at 3:30 pm local time. All eleven suffered burns with four children in life-threatening condition.

The train tunnel will be made of two main tunnels: the Gotthard Base Tunnel and the Ceneri Base Tunnel. (Image courtesy of Tunneltalk.com)

After 20 years of planning and construction, Switzerland will unveil a major engineering feat: the world’s longest and deepest railroad tunnel. The project has costed $10 billion, and the opening itself is to cost $8 million. Some parts of the 35.5-mile long tunnel will run a record-breaking 1.4 miles below the peak of the Alps. The Gotthard Mountain passage in the Alps is a frequently used travel route for transportation companies from as far south as Italy to as far north as the United Kingdom. Trucks that pass through often cause congestion. In 1992, voters voted in favour of the tunnel, in a referendum, in order to reduce congestion and air pollution.

The interior of the world’s first 3D-printed office building. (Image courtesy of the Government of Dubai)

As part of the United Arab Emirate’s project to show their commitment to innovation and to make UAE the world leader in 3D printing, Dubai has unveiled the world’s first 3D-printed office building. The 250 square-metre space was entirely 3D-printed in 17 days using a special cement mixture. The total cost was $140 000, including interior and exterior design details, and less then 20 people were employed, resulting in a savings of 50% of normal labour costs.

An American TBM-1C Avenger that has been missing in action since July 1944 was recently found in the waters surrounding the Pacific island Palau. It is one of the several found by Project Recover, which dedicated to finding MIA aircraft and Americans since WWII by using oceanic technology and advanced archival research methods.The aircraft is one of the dozens of American aircrafts scattered around the coral reefs and thick mangrove forests of the Palau islands.

Chain of digital bank robberies have been traced to North Korea.

The theft from Bangladesh has been described as a “watershed event for the banking industry”. (Image courtesy of Swift.com)

Symantec Corp researchers found that a similar code has been used in thefts from banks in Asia, as well as Sony Pictures and the South Korean government. The latter two attacks have been attributed to North Korea by the FBI. Most recently, the code was found to have been used in a heist of $80 million from Bangladesh’s central bank in February 2016. This theft was preceded by similar attempts in the Philippines and Vietnam. The hackers exploited weaknesses in SWIFT, a network used globally by banks to facilitate the secure transfer of money. SWIFT has not named any culprits as of yet, but are warning banks to be on the look out and are searching for any other victims in their network.

In response to an open letter written by over 150 leading figures in the health sciences that encouraged WHO to take action to prevent the occurrence of the 2016 Olympics in Rio, WHO stated that a cancellation would not significantly affect the spread of the Zika virus. However, there is an apparent conflict of interest on WHO’s side, as they are in a partnership with the International Olympic Committee (IOC). Since the first outbreak in Brazil a year ago, the Zika virus has spread to over 60 countries with an estimated 4908 babies born with Zika-linked defects. With the outbreak being centred in Brazil and the Olympics in Rio this summer, many are concerned with tourists contracting the virus, then going home and introducing it to countries that may have yet to be infected. 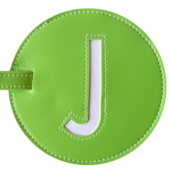